Contraception refers to techniques for avoiding pregnancy. Although birth control has been used since antiquity, reliable birth control technology just recently came into being. It prevents conception in 99% of cases when done in line with each type.

Despite having several options, people continue to inquire about the best method of contraception.

These contraceptives come in a number of forms, including pharmaceuticals and technology gadgets, which also has an impact on how they work. Some of them contain hormones that can treat endometriosis, regulate menstruation, lower the risk of ovarian and uterine cancer, and reduce acne.

On the other side, some deal with changes to the reproductive system or individuals who have specialized internal body modifications in an effort to avoid conception or impregnation. 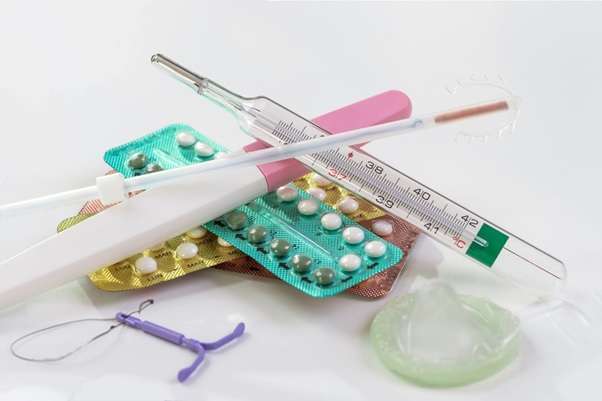 Here are choices of different kind of contraceptives you can choose from to determine what an ideal contraceptive truly is:

Before having intercourse, a thin, soft silicone dome known as a contraceptive diaphragm or cap is put into the vagina. It covers the cervix to prevent sperm from entering the uterus to fertilize eggs. A diaphragm or cap is 92–96% efficient at preventing conception when used properly with spermicide. You are only required to wear a diaphragm or cap during sex, but you are required to keep it on for at least 6 hours after your last sex. Do not remove it before this time; you may leave it in for longer.

Frequently referred to as “the pill,” the combination oral birth control pill. It contains synthetic replicas of the ovaries’ naturally occurring estrogen and progesterone, two female hormones. Pregnancy is possible if sperm touches an egg (ovum). Contraception attempts to prevent this, typically by preventing the release of an egg or by keeping the egg and sperm apart (ovulation).

The only method of birth control that can both prevent pregnancy and safeguard against STDs is the use of condoms. Condoms for women are constructed of synthetic latex, which is a soft, thin material. To stop semen from entering the womb, they are worn inside the vagina. Contrarily, male condoms are worn as a cover over their dicks to stop semen from entering a woman’s womb.

A doctor or nurse will insert a thin, flexible plastic rod called a Nexplanon contraceptive implant under the skin of your upper arm. It lasts for three years and causes the hormone progestogen to be released into your system to prevent pregnancy. The implant has a success rate of over 99%. After the implant is put in, you won’t need to consider it for three years. It helps ladies who have trouble remembering to take their pills at the same time every day.

The contraceptive patch is a tiny, adhesive patch that prevents conception by releasing hormones into your body through your skin. The patch has a greater than 99% success rate in preventing pregnancy when applied correctly. A patch is effective for one week. After three weeks of weekly patch changes, you get a week break from applying patches. You can put it on when bathing, swimming, or engaging in physical activity.

The progestogen hormone is released into your system by the contraceptive injection (Depo-Provera, Sayana Press, or Noristerat) to prevent conception. You won’t need to consider contraception every day or every time you have sex during this time because it lasts for 8 or 13 weeks, depending on the injection you receive. You do need to keep in mind to get another shot before it runs out or loses its potency.

An operation to permanently prevent pregnancy is known as female sterilization. To stop the eggs from being fertilized by the sperm, the fallopian tubes are closed or obstructed. You might undergo a general anesthetic, where you would be sleeping throughout the procedure, or a local anesthetic, where you would be awake but not experience any pain. It does not interfere with your sexual life because you do not have to consider how to prevent pregnancy every time you engage in sexual activity.

A vasectomy (male sterilization) is a surgical operation to permanently end pregnancy by cutting or sealing the tubes that contain a man’s sperm. It typically lasts for around 15 minutes and is performed while you are awake but are not in discomfort. Rarely, you might undergo a general anesthetic, in which case you’d be unconscious throughout the procedure. Once it’s done, you won’t need to consider contraception again because it’s considered permanent. A vasectomy prevents sperm from entering a man’s semen, the fluid he excretes during ejaculation.

How Can I Spend My Pregnancy Time?

Early pregnancy is an important period for both mother and baby. In the first stage of pregnancy, you will often feel un...

Postpartum Hair Loss: Tips on How to Deal with It

There are surprisingly many moms that become anxious about hair loss due to childbirth, and you can get very stressed ov...

According to a statistical report, endometrial polyps are very common as up to 3 in 10 women may have them at some point...

It is not uncommon for a woman who is trying hard to get pregnant and find out that she is infertile when she goes to se...

It is easy to compare their developmental level with someone else's and worry about whether they are behind, but in most cases, this is an "individual difference”.
Prices of Folic Acid in the Philippines
What Are the Measures to Reduce Morning Sickness? Part 1
Home
Belta Folic Acid
Copied title and URL