In social issues, misconceptions and frequently asked questions are normal dimensions. It is the answers to the commonly asked questions that often debunks the myths of a certain problem. With regards to teenage pregnancy, the Philippines is part of the ASEAN countries that has the highest cases. Even so,  the topic is still taboo and sensitive for most people as the country traces back from a very Christian and conservative culture. However, it is critical for people to understand a phenomena in order to explain its causes and effects. If a problem is set to be addressed, the first stop is expounding the reasons for its occurrence before repercussions are made as proposed solutions. 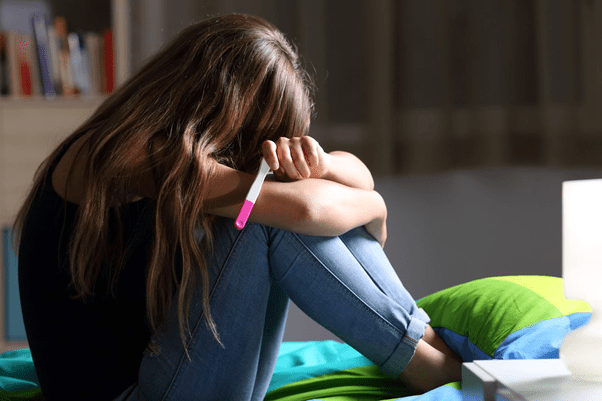 This question can be tricky. While most teenage pregnancies are “unplanned” or “accidental”, it may be considered as a mistake. However, as most people point out, the process of it—having sex, not using countermeasures—could not be accidental as this requires (in most situations outside rape and coercion) consent and agreement from both parties involved. Hence, people refer to it as a choice.

The answer, however… Let’s find out.

Unplanned or accidental pregnancies may be a result of curiosity and lack of information. While it is an impeccable truth that having sex is an agreement both couples or two people agree on, there are no certainty that they are aware of the consequences it may bring. This is also brought by a lot of reasons, which may be:

A sensitive topic is scandalous, and that very fact makes it thrilling and exciting. Usually, topics teens should stay away from draws them closer. It becomes a sensitive topic between their peers which places the urge inside them to discover about the said topic. So they try it based on what they know without thoroughly thinking it through. They jump to the situation without properly weighing down decisions and consequences. As the saying goes, curiosity killed the cat.

Not all woman who have sex gets impregnated. The reasons vary from medical issues, contraception, birth control, to medical procedures. So technically, you can have sex for simply pleasure and enjoyment. Most teens are aware of that but what they do not know are the proper procedures to enjoy it without getting harmed or without it leading to pregnancy. When they discover that fact, their decisions are influenced. Suddenly, all the fear of getting pregnant or getting someone else pregnant withers because of the confidence gathered from the knowledge of safe sex. Only that, they know safe sex exists as simply as not getting pregnant after sex, but not entirely understanding how it proceeds. Hence, leading to unplanned pregnancy.

For those who are actually scared to get into action but are heavily pressured to do so and are constantly reassured that nothing bad will happen, giving can sometimes be easy. This varies from person to person but it is still one of the most undeniable reasons for teenage pregnancy. Some teens find solace in their friends and often see them as their confidant and perceive them as a very trustworthy person. Again, this would vary from person to person as some people rely on instincts but for those who actually place a huge sense of comfort and belonging to their friends, peer pressure is one of the things that makes them do something they never wanted to in the first place.

This type of reason encompasses all the previously mentioned causes. The lack of knowledge within the topic will cause curiosity that makes one’s decision unstable, resulting in being influenced by peer pressure. In the Philippine context, most parents and elderly hinder the information about sex be passed onto children by their fear of the children doing it. This is of course also influenced by tradition and culture. While this is highly reasonable and may be justified, ignorance is bliss is not always applicable to all situations. A little too often, awareness and alertness makes a person more susceptible to the danger, allowing them to improvise and work themselves through a way to avoid it.

While this case is not the majority, it shall not be dismissed. This, by far, is the most absurd, maddening, and triggering cause of teenage pregnancy. Women, especially those who are younger, are being constantly exploited for sexual business in exchange of big money. These types of girls had no choice nor did they commit a mistake. Rape and other forced pregnancies is the minority and proves on innocent—not having a choice and not committing a mistake. They are victims.

Some people will argue that pregnancy is a choice, given that within this generation, it is almost impossible to not know how babies are made given the numerous and accessible information that can be found everywhere, including the internet.

Some people, on the other hand, would urge that pregnancy is a mistake, given that no matter the times you use contraceptives, there is still a slight but still possible chance to either have a condom break, a missed pill, a skipped day of injection, and any other reason that may lead to an unplanned pregnancies. Hence, a simple mistake.

The answer however, depends on the teen.

There are situations, despite what was written above, where teenage pregnancies are not always unplanned pregnancies. It may be a choice as one may be 19, with a stable job, and is eager to start a family or; 16, trying to get out of senior year, allocating space for achieving dreams. Only then can you tell if your pregnancy—teenage pregnancy—is a choice you made or a mistake you have committed. Hence, none of us can truly say.

The previous article introduced “What do you need to change to get pregnant, part 1” and we hope that you get some tips ...

Causes and Prevention of Back Pain During Pregnancy

There are many pregnant women who suffer from lower back pain in late pregnancy. It causes various issues and obstacles ...

What Are The Symptoms and Causes of Frequent Menstruation? Does It Make You Infertile?

Have you ever experienced having unstable menstruation - one that happens twice a month? There is a possibility of menst...
Teenage Pregnancy and Its Underlying Tragedy
Contraceptives and Birth Control in the Philippines
Home
Belta Folic Acid
Shop at eBay
Copied title and URL