Labor normally begins when the fetus is mature enough to adjust easily to life outside the uterus yet still small enough to fit through the mother’s pelvis. This point is usually reached between 39 and 40 weeks, or approximately 280 days after the woman’s last menstrual period.

Each pregnant woman should have some form of childbirth education, especially during her first pregnancy. Knowledge about what to expect during labor serves to reduce anxiety and fear, both of which can increase the need for analgesia or sedation.

In today’s article, we will get to know more about the signs and symptoms of impending labor in preparation for childbirth.

Signs and Symptoms that Labor is About to Start 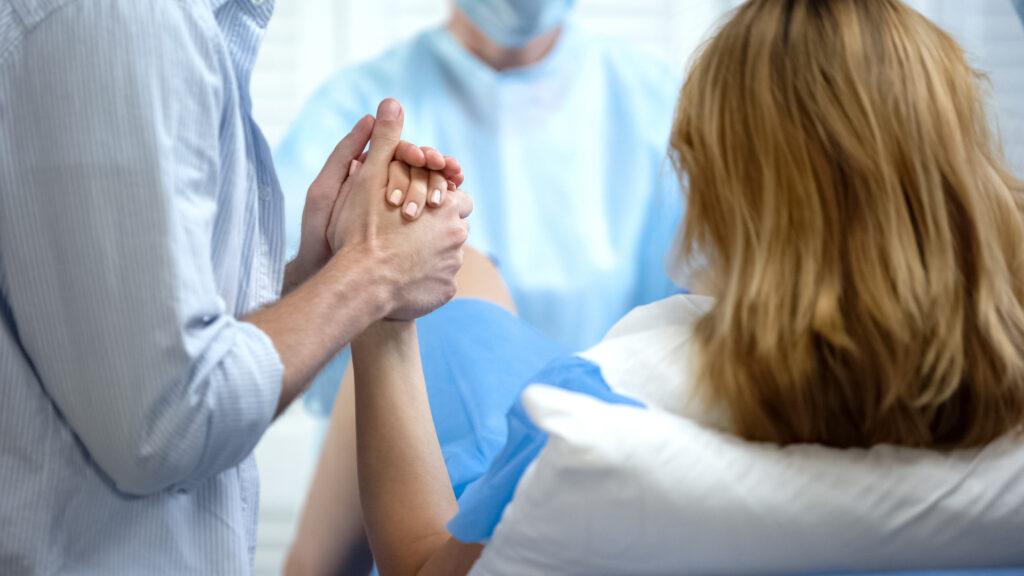 We gathered some useful information from several trusted references online to help you become knowledgeable when it comes to the signs and symptoms that you should look out for when labor is about to start and occur from a few hours to a few weeks.

If you have some knowledge for signs of deliver, you may not be packed and you can be ready for that.

The movement of the presenting part of the fetus into the true pelvis which usually occurs about two weeks before the onset of labor. Pregnant women often feel that they can breathe more easily due to less pressure on the diaphragm from the gravid uterus. However, one will experience several discomforts which are the following:

These are irregular contractions that start during early pregnancy and intensify as full term approaches. Often referred as “false” labor, the contractions often become regular and somewhat uncomfortable which cause women to believe that labor has begun. But this kind of contractions play a role in preparing the cervix to dilate and in adjusting the fetal position within the uterus. Some symptoms include:

a. Contractions are often felt in the in the front of the abdomen while early labor is more commonly felt in the lower back.
b. Become more noticeable, frequent, painful, and difficult to differentiate from true labor without cervical examination.

Increasingly clear and non-irritating vaginal secretions happen due to fetal pressure. When you experience irritation or itching with the increased secretions, be aware that this is not normal and should be reported to the physician or certified nurse-midwife because these symptoms have been shown to be characteristic of infection.

From being long and closed with a firm consistency to shortened or effaced, thinned, dilated, and soft, the cervix changes as a pregnant woman approaches term. In multiparous women, their cervix normally can be dilated 2 cm or more before the onset of labor and effacement and dilatation often occur prior to the onset of the uterine contractions of labor. On the other hand, primigravidas often experience effacement before dilation.

These are thought to occur from the remodelling of connective tissue secondary to the effects of prostaglandins. Because cervical ripeness varies at the onset of labor, it does not predict when the woman will go into labor. However, cervical ripeness can help predict that a woman will go into a labor when contractions begin and can help in deciding who is ready for induction of labor.

As the time for birth approaches, the cervix undergoes changes in preparation for labor. It softens, effaces, and dilates slightly. When this occurs, the mucous plug that has sealed the uterus during pregnancy is dislodged from the cervix, tearing small capillaries in the process. This thick mucus mixed with pink or dark brown blood is referred to as bloody show.

It may start a few days before labor, or a woman may not have bloody show until labor is under way. Labor may start within 24 to 48 hours of expelling the mucus plug. Bloody show may also occur if the woman has had a recent vaginal examination or intercourse.

Many women experience a burst of energy known as “nesting”, 24 to 48 hours before going into labor. Many women who have been fatigued reported having the energy to do things that they recently have not had the ability to do, for example, cleaning the house or washing windows. Expectant mothers should know about the possibility of having energy spurt for them to be ready as they need to conserve their energy for labor.

Rupture of the Membranes

Before labor begins, the amniotic sac sometimes ruptures. Infection is more likely to occur if many hours elapsed between rupture of the membranes and birth because the amniotic sac seals the uterine cavity against organisms from the vagina. In addition, the fetal umbilical cord may slip down and become compressed between the mother’s pelvis and the fetal presenting part. For these two reasons, women should go to the hospital when their membranes rupture, even if they have no other signs of labor.

Because of hormonal changes that are happening inside the pregnant women’s body, she may occasionally notice that she loses 1 to 3 lb shortly before labor starts and causes her to excrete extra body water.

Before the onset of labor, most of the women reported diarrhea, indigestion, nausea, and vomiting.

Therefore, we have shown the signs and symptoms about your impending labor in order for you to prepare for childbirth. You should not worry and become anxious about the delivery of your baby. Instead be knowledgeable about the process of your pregnancy and childbirth, so you can welcome your lovely child with a cheerful smile.

A labor accelerator is a medicine that promotes labor, and there are two types of medicine- and internal medicine to be ...

What Are the Characteristics of Vaginal Discharge During Pregnancy?

"Vaginal discharge" is one of the symptoms in the very early pregnancy and it plays an important role in informing the b...

Can I Have Sex During Pregnancy? 5 Tips for That!

When you get pregnant, you may wonder if you can have sex with your partner or not... Some articles say that there's no ...

What is Cervical Cancer?

As we enter our twenties, more and more women are concerned about their own health. Gynecological diseases, including ce...

The first trimester of pregnancy brings many symptoms to the body, and headaches are one of them. Not only do you feel s...
Goodbye Labor Pain: This Method Makes Natural Childbirth Easy!
Vacuum Birth: When is It Necessary and Does the Baby’s Head Shape Recover?
Home
Fertility and Pregnancy