The 7-month-old baby has mastered sitting down and is becoming increasingly active. Although their physical growth has slowed down, this is the time when they begin to see the world from a new perspective and their emotional development explodes.

At the same time, this is also the time when babies begin to throw tantrums when they are disobedient to your wishes. Many mothers and fathers may have a hard time dealing with a baby who cries loudly.

Here we will discuss the growth and development of a 7-month-old baby.

Growth of a 7-month-old baby 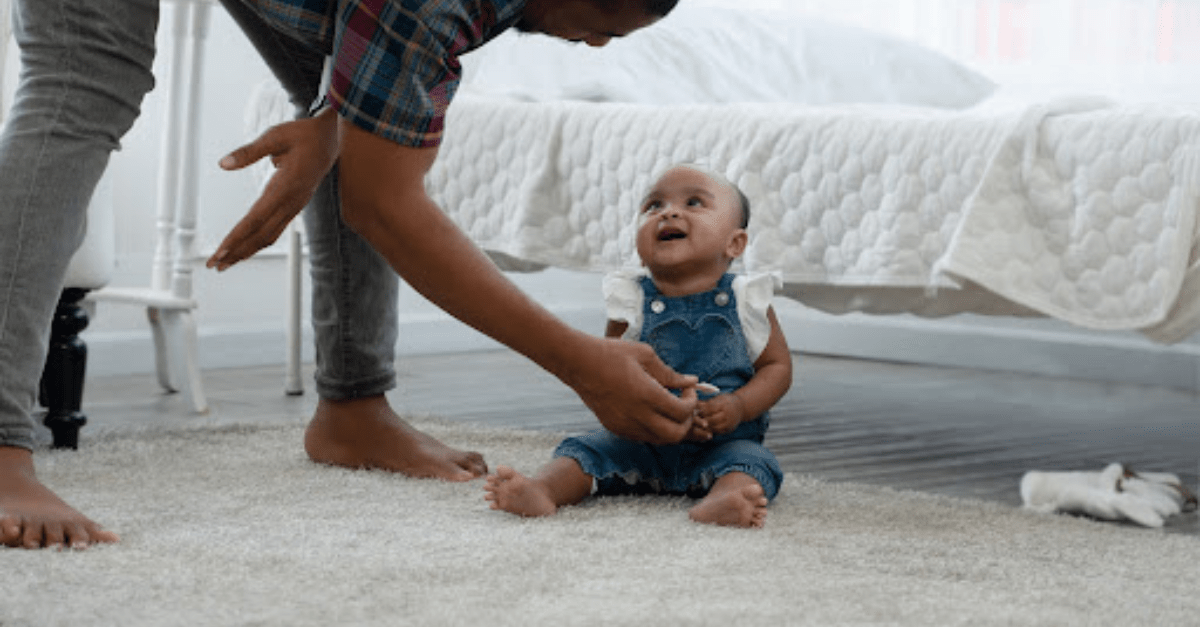 In the seventh month, life with your baby, which was full of unknowns, begins to settle down. Compared to the newborn period, the baby’s growth speed slows down.

Although it is difficult to notice any changes, babies are gradually getting ready to crawl, stand on their feet, and learn to speak. First, let’s check what kind of growth your 7-month-old baby will show.

One of the major developments around 7 months of age is the ability to sit down without support. Sitting will not be successful until the muscles and nerves from the neck to the waist are fully developed.

The baby’s development of the muscles and nerves in the neck and lower back through the stages of sitting and turning will culminate in the sitting position.

When the baby is able to sit down, he or she not only begins to play alone using both hands but also looks up higher and sees the world differently than before. This makes the baby interested in various things, and his curiosity becomes more and more active.

If something catches his/her attention, he/she will try to pick it up at every turn. Babies have a much wider range of activities and reach than adults realize. Please do not place items that can be swallowed accidentally or broken items such as vases in the baby’s space.

Are there any individual differences in when children begin to sit down? 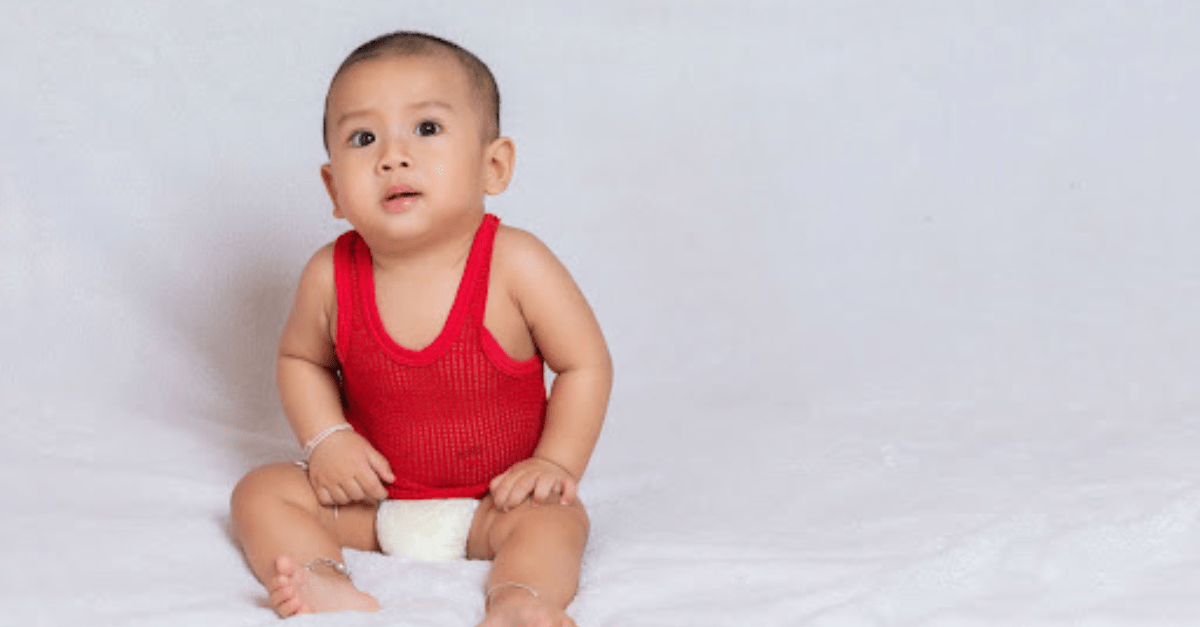 According to a survey, approximately 70% of children have mastered sitting at 7 to 8 months of age. However, according to this, mastery is defined as being able to sit down on one’s own for at least one minute without holding one’s hands or leaning on something.

Some children can continue to sit while holding both hands, so in effect, most babies are considered to begin the “sitting pose” by the age of 7 months.

However, it is also true that the speed of development varies from baby to baby. If your child does not begin “sitting pose,” you can use a support chair to teach him or her the tricks of sitting.

Start playing with their hands skillfully! Even throwing toys 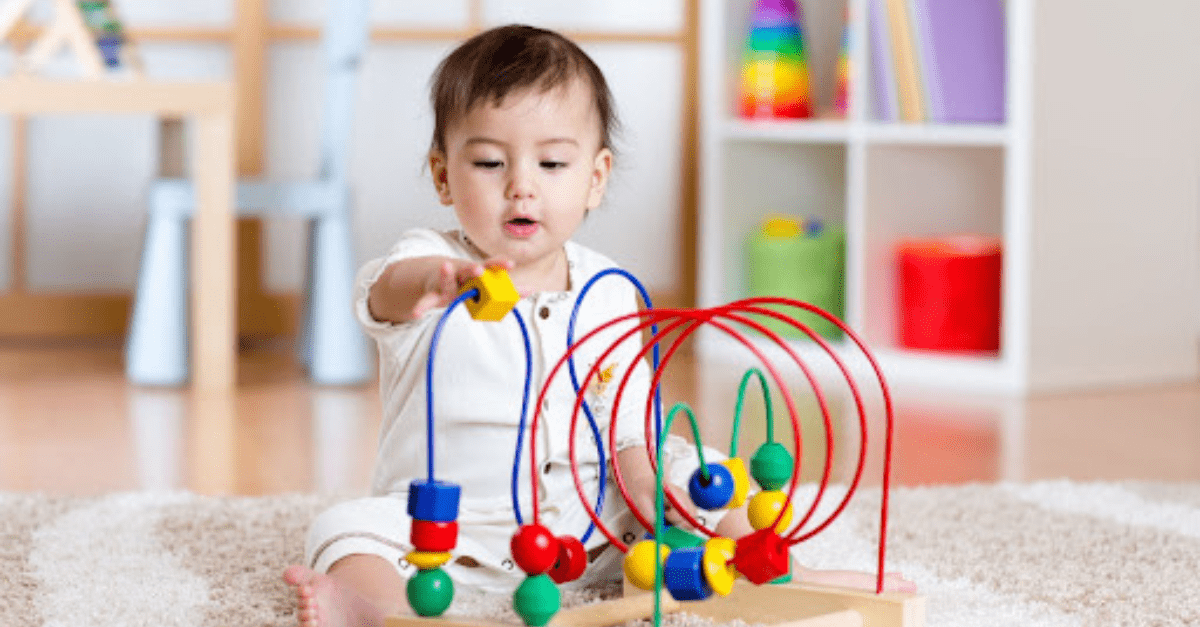 When babies reach 7 months of age, their hand movements become more and more active. While previously they were just grabbing and pulling with all their might at things that caught their attention, they are now able to switch toys from their right hand to their left and make sounds with the tips of their fingers.

When they are able to sit down without support, both hands are free, so they can practice fine finger movements while playing various games using both hands.

Throwing and knocking on toys is also a characteristic of this period. It may seem tempting to scold the baby for throwing toys on the floor, but this is part of the process necessary for babies to develop their hands and fingers. While placing mats on the floor to mitigate the damage, let your baby play as much as possible as he or she likes.

You will see your baby’s development day by day and sometimes you may feel upset by seeing your baby throwing the toys. However, you need to think that it’s one of the important things to develop their skills. Knowing and learning the reason is the key.

Taking Collagen For Pregnancy: Is It Safe During Pregnancy and Breastfeeding?

In seasons when we are more vulnerable to colds and flu due to the changing temperature, it is unavoidable sometimes to ...

How to Teach Your Baby to Swim

Mostly, we feel that babies are immovable, fragile, and weak as they always need protection all the time. This is really...

If you are thinking about having a baby soon or are working on your fertility, you are probably wondering what you need ...

Can I Have Sex During Very Early Pregnancy?

During very early pregnancy, both mom and dad may be anxious about whether it is safe to have sex or not. However, havin...
Common or Risky: What Does Chest Pain Means To Your Health?
Things to Keep in Mind When Your Baby Is Around 6 Months Old.
Home
Belta Folic Acid
Shop at eBay
Copied title and URL