In the hectic life with a baby who is still growing rapidly after the age of one, the further six months may pass in a blink of an eye. However, babies in this period are making remarkable motor, language, and emotional development, and the things they can do are greatly increasing as they move toward toddlerhood.

On the other hand, it is also a time when you become concerned about what they “can’t do” compared to other children around them. Even after a year and a half of child-rearing, parents’ worries and concerns are endless. In this section, we will address and explain some of the most common concerns in raising a one-and-a-half-year-old child.

What to do if you are concerned about developmental delays of your baby? Explained case by case! 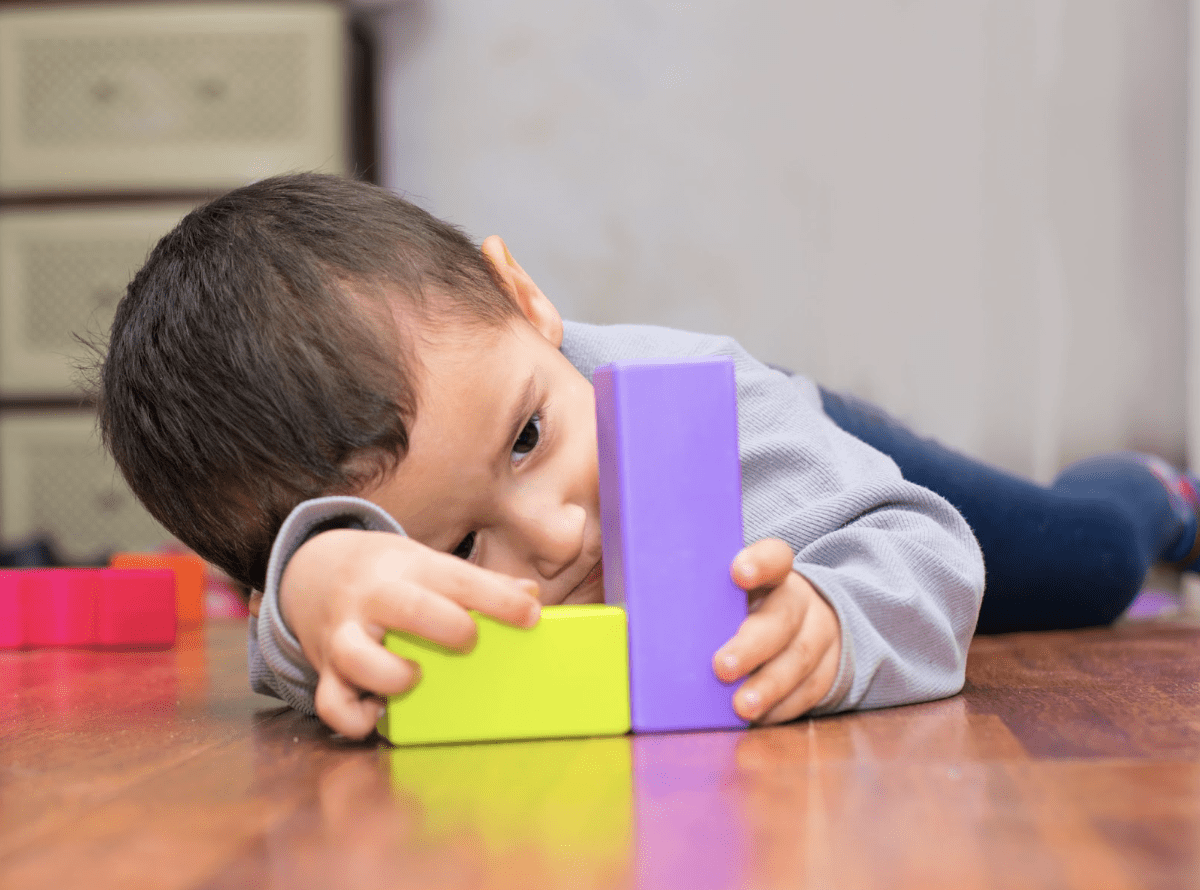 According to research, approximately 95% of children speak at least one meaningful word by the age of 1.5 years.

Although there are large individual differences, some children can speak two-word sentences such as “Mom, hold me” as early as 1.5 years of age. Since language development is largely a reflection of intelligence, parents may be concerned if their children are behind their peers.

Possible causes of delayed speech include hearing problems, mental retardation, and autism spectrum disorders but it can also be caused by a lack of regular storytelling.

However, it is common for children to be slower than their friends in speech even when there are no physical or mental problems, and by the age of 3, explosive language development occurs, so do not be too anxious about it.

A baby’s brain is like a sponge, absorbing a variety of things as it grows.

Recent studies have shown that language development is caused by strong connections between the nerves in the part of the cerebrum that hears sounds and the part that thinks. In light of this, in order to promote language development, it is advisable to actively talk to your child in a way that stimulates his/her curiosity.

On the other hand, if the child has delays not only in speech but also in pointing or following simple instructions, or if there are also delays in motor functions, developmental abnormalities may be suspected. Although it will probably be pointed out at the one-and-a-half-year checkup, please see a medical institution that specializes in infant developmental disorders as soon as possible.

Even when it is time to complete weaning, the child eats little and is smaller than the children around him or her… It is not uncommon for parents to have such food-related problems.

Of course, the amount of food eaten and the progress of weaning vary from person to person. Some children eat everything, while others have likes and dislikes and are picky eaters.

However, as mentioned earlier, it has been pointed out that picky eating and irregular eating habits that become the norm during this period can have a negative impact later in life. Especially when the weight is not changing, it’s warming.

It is necessary to remedy the causes of poor eating habits by changing the form of meals and eating utensils, and creating an environment that allows people to relax and focus on eating.

In addition, the characteristic of “eating extremely few foods” is often seen in children with developmental disorders such as autism. If your child has tantrums or seems restless while eating, consult a doctor or public health nurse at the one-and-a-half-year checkup.

Even though a child around 1.5 years old may not be able to utter words easily, he or she understands mom’s or dad’s words and tries hard to communicate with them through facial expressions and gestures.

However, if you frequently see your child “not making eye contact,” “not following simple instructions,” or “not being interested in mom or dad,” you may suspect a developmental disorder such as an autism spectrum disorder.

Social skills are also assessed at the 1.5-year-old checkup, but some children may become nervous when they receive a checkup in a different environment than usual. On the other hand, some characteristics may not be noticeable during the checkups and may be overlooked.

If you find it difficult to communicate with your child on a regular basis, it is a good idea to consult with your pediatrician or other specialists.

Usually, you don’t need to be worried too much about your baby, however, if you think something is wrong at his 1.5 years old, it may be time to think about it seriously and talk with your doctor.

Contraceptives and Birth Control in the Philippines

Your body, your choice. For any sort of reason, go and take birth controls. However, it's crucial to know what's best for you and know what to choose!

If you are thinking about having a baby soon or are working on your fertility, you are probably wondering what you need ...
Development of Language, Eating, and Play at One and a Half Years Old
Average Weight and Language Development of One Year and Three-month-old Babies
Home
Belta Folic Acid
Shop at eBay
Copied title and URL