In the last article, we discussed the other 16 sex positions that originated from Japan that both you and your partner need to try. So, today we will bring you the last 16 sexual positions of this article series. Read the following details carefully! 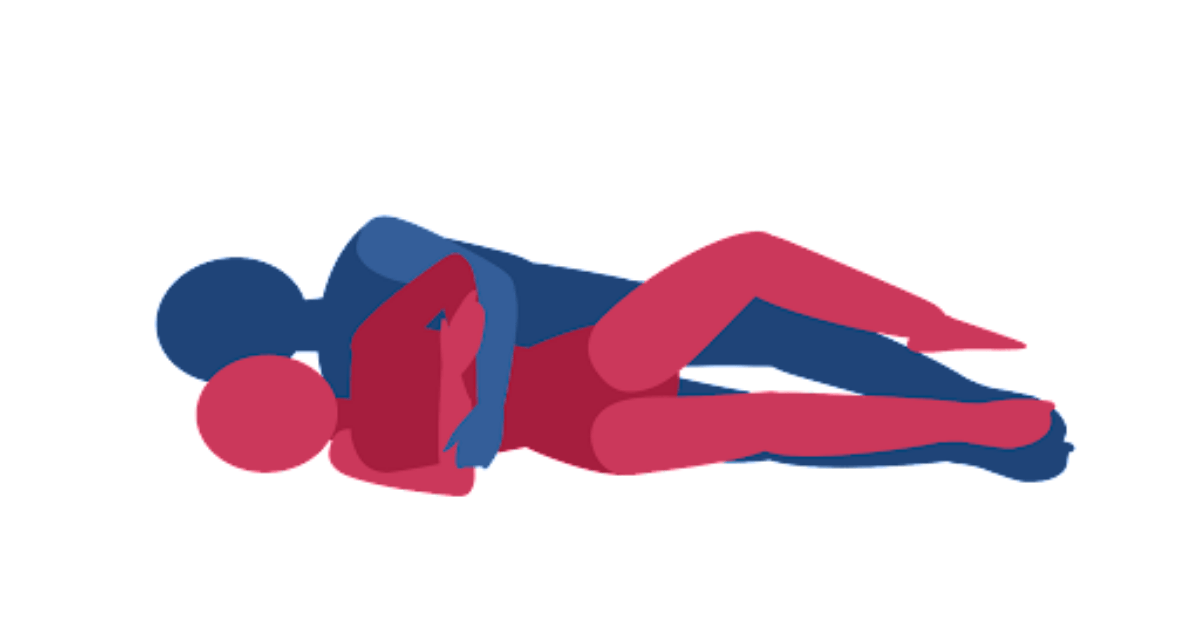 A position in which your partner snuggles up and inserts from behind you while lying sideways. It was named after having sex while looking at the moon from the window.

It’s a kind of side position and it’s one of the most affectionate positions. You can easily insert it by opening your legs slightly. Your partner caresses your chest and clitoris with his free hands, your ears are caressed at his mouth, and sweet words are whispered. 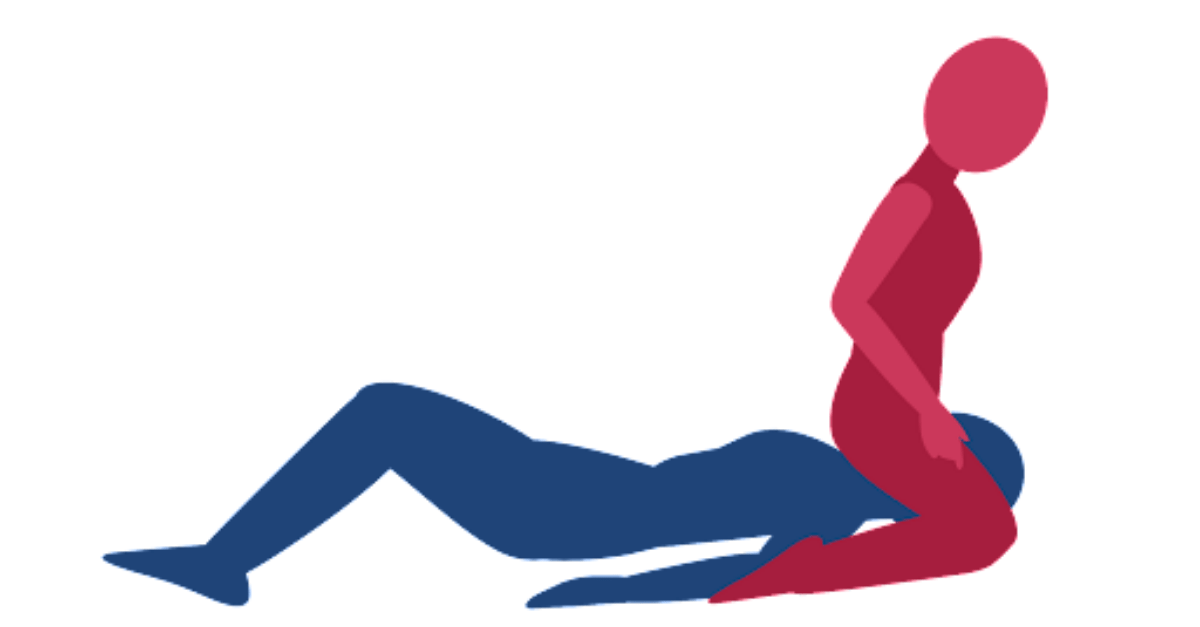 It’s called “facesitting”. Not only do you get your hands on it, but you also have a sense of control by controlling your breathing as you raise and lower your hips. 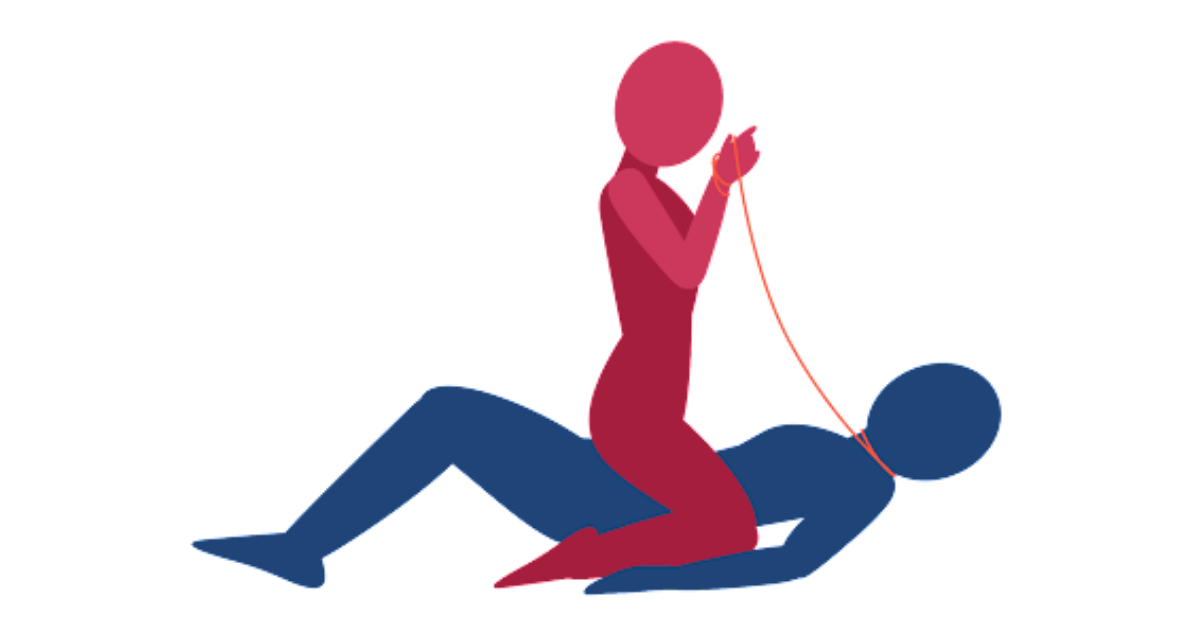 You put a rope behind the neck of your man on his back and insert it while straddling from above, wait for both ends of the rope and move his hips while pulling the rope. It is a dramatic position that makes you feel very fascinating.

As the name suggests, you will be in a position to control your partner by moving like riding a horse. However, it is easy for your partner to leave rope marks, so be careful and enjoy yourself.

Position to insert into the kotatsu with each other’s legs extended. The important thing is the size of the kotatsu! If it is too big, each other’s bodies will not reach each other. You’re likely to get sweaty while you’re on the move. 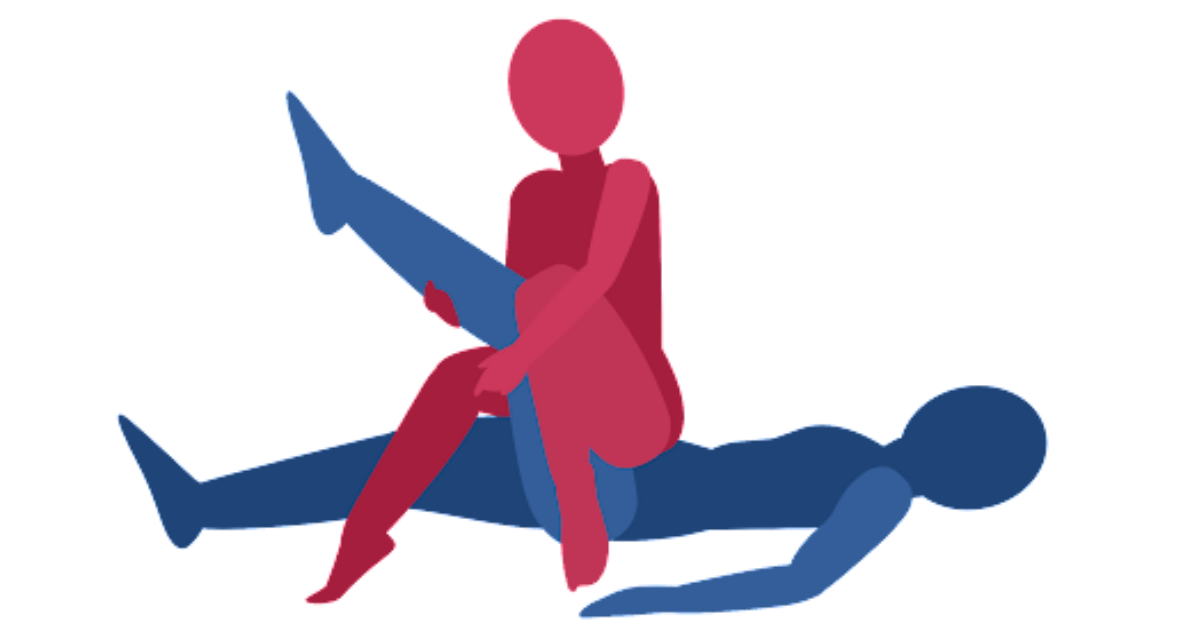 A position in which you insert from above while lifting one leg for your man lying on his back. This is a kind of cowgirl position.

Compared to other cowgirl positions, the clitoris can be rubbed at the base of the male leg and inserted deeply, giving a strong pleasure. With the legs of their partner as support, it is also a position that is relatively easy for women who are not good at cowgirl positions. 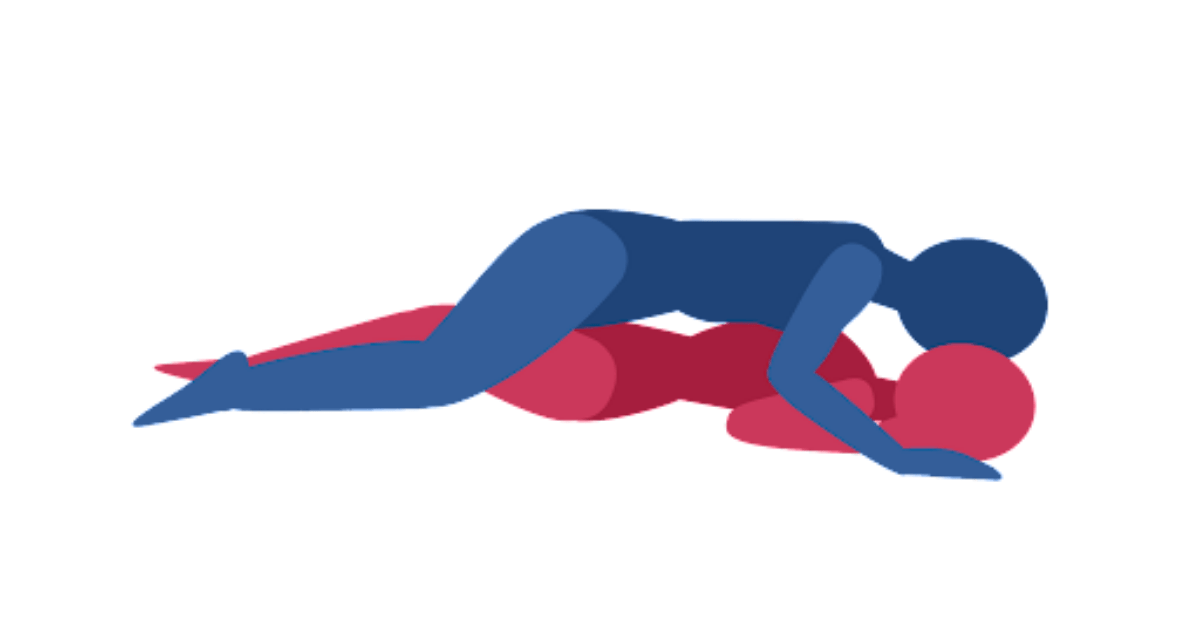 A position inserted by a man who covers the thighs of a woman lying on her back with her legs aligned. It’s similar to the “Shigarami” introduced in No. 17, but instead of entwining your legs, try putting your strength on your thighs while keeping them straight. In other words, it is in the state of “foot pin”.

It is a position that both women and men can enjoy because it is easy and they can also enjoy tightening. 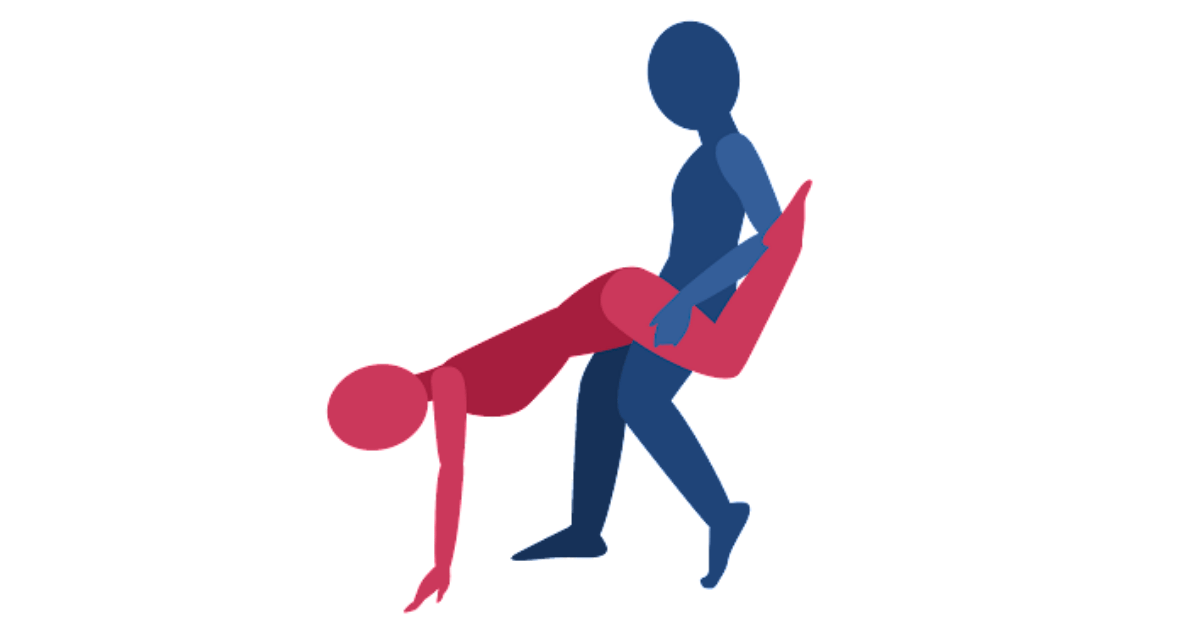 A man lifts a woman’s leg in an arm-down posture to her waist, inserts it from behind with the woman’s waist floating, the woman goes forward as it is, and the man also supports the woman while supporting her leg, a position that pushes forward.

48 Moves No. 40 – Crossing the Valley of the Bush Warbler 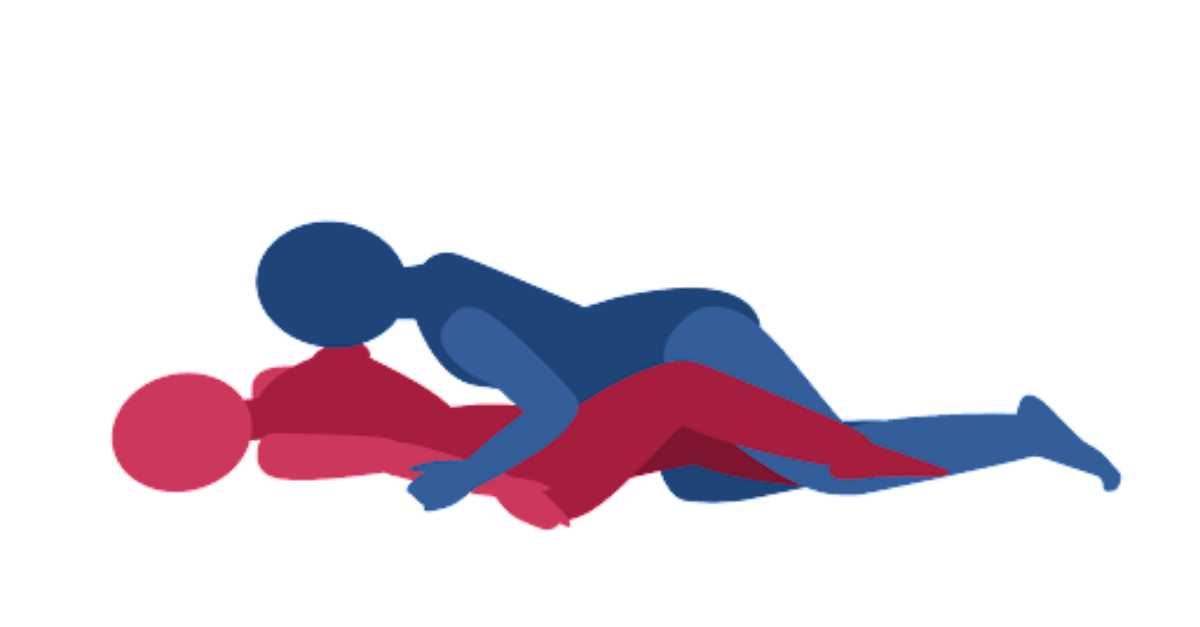 A position in which a man covers a woman on her back and caresses her with his lips and tongue without using hands.

The point is not to use your hands! Men’s techniques such as licking, sucking, pushing, and feather touching on the lips are the highlights. 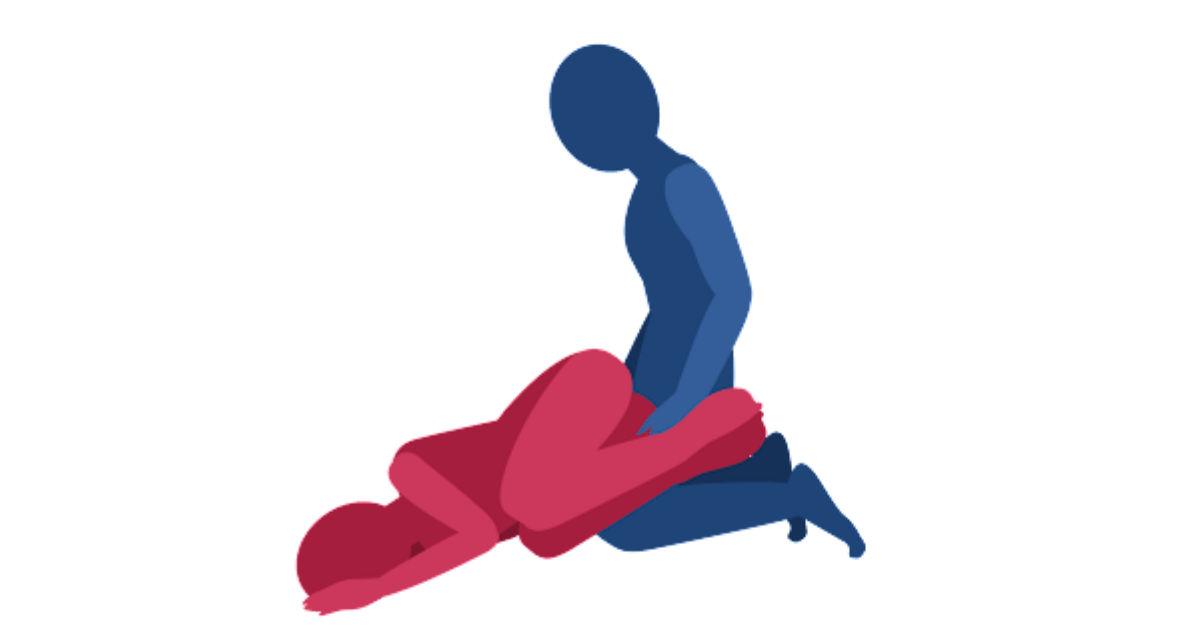 A position in which the lower body of a woman lying sideways is placed on the lower body of a man and inserted in that state. If a woman bends her knees and leaves her entire lower body to a man, it will be easier for them to insert each other and move. Adjust the angle between the vaginal opening and the male genitalia until you feel comfortable. 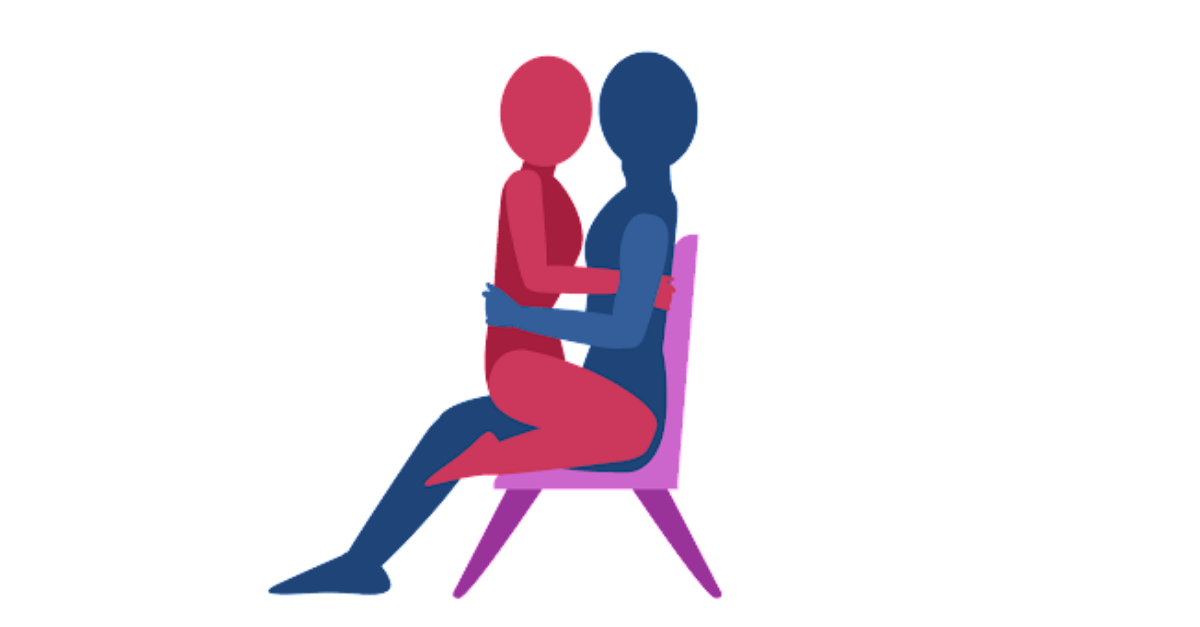 A woman sits down on a man sitting on a chair, and the woman also inserts her knees and legs while sitting on the chair on which the man is sitting. It can be said that it is the most mobile and supportive position in the sitting position.

Women can turn their hips, move up and down, and men can push up from below. Since they are facing each other, it is easy to demonstrate the technique of kissing and caressing the chest! 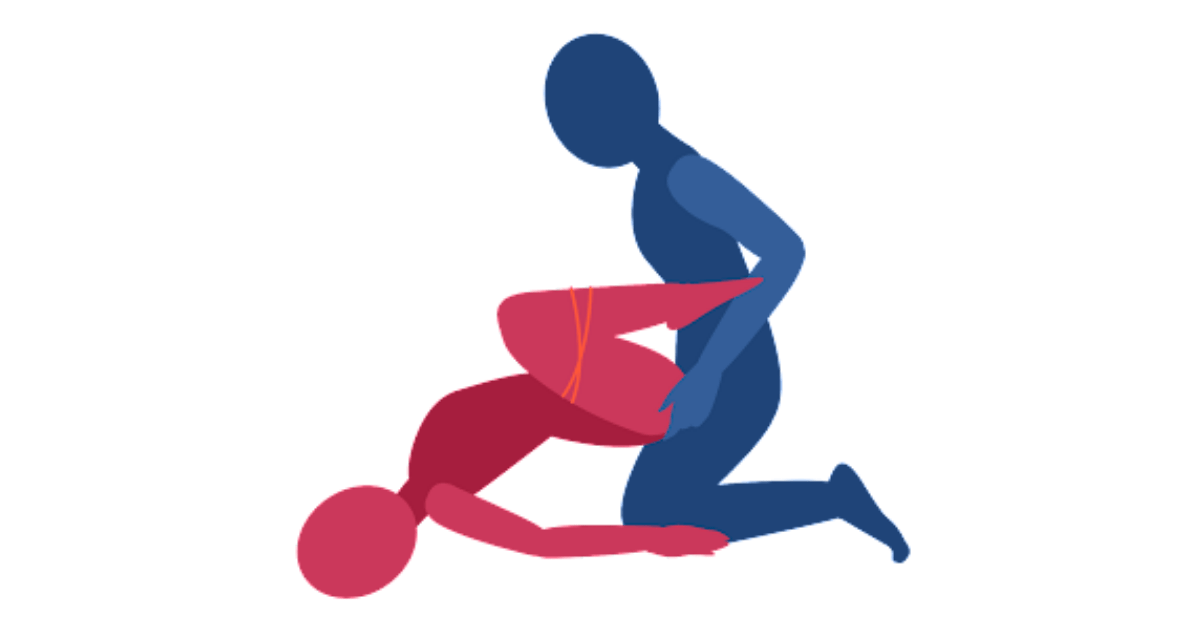 A man lifts and inserts the lower half of the body after tying it with a rope so that the shin and thighs of a woman who lay down with her knees bent are hooked. The female is in a position that is very M-hearted because her movements are restricted and her vaginal opening is turned upwards during insertion to reveal herself. 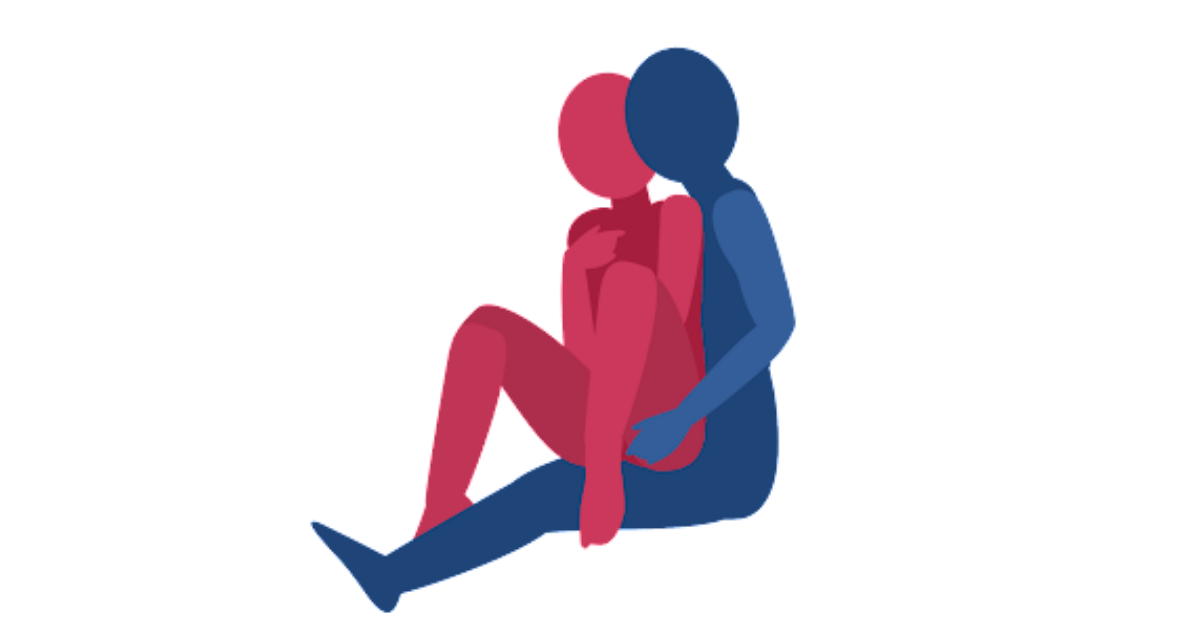 A position in which a woman facing the same direction sits on the knees of a sitting man with her legs wide open and straddles.

As for the posture, it is in the back sitting position, and you insert your legs wide open so as to straddle your man’s leg. Let your man caress your clitoris and chest from behind, or have him whisper in your ear. 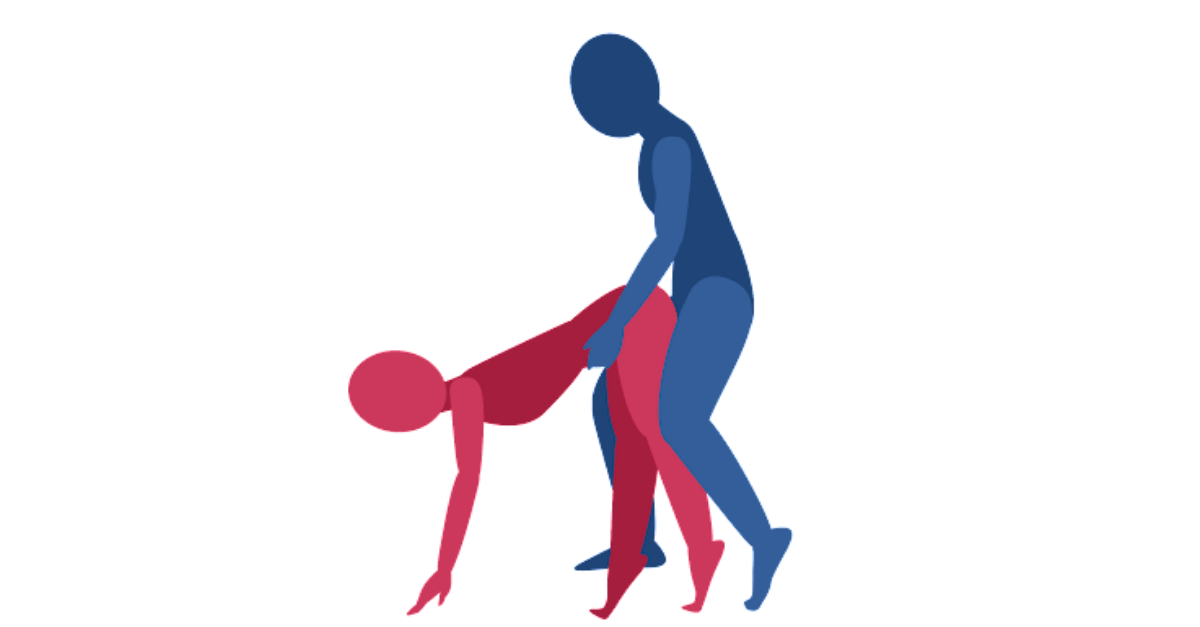 A position in which a woman stands on the floor and a man inserts it from behind. This is a version that puts the hand on the wall of “Back Yagura” on the floor.

Men have a strong sense of conquest, but women can feel quite a pain, so be careful of this long-term posture. 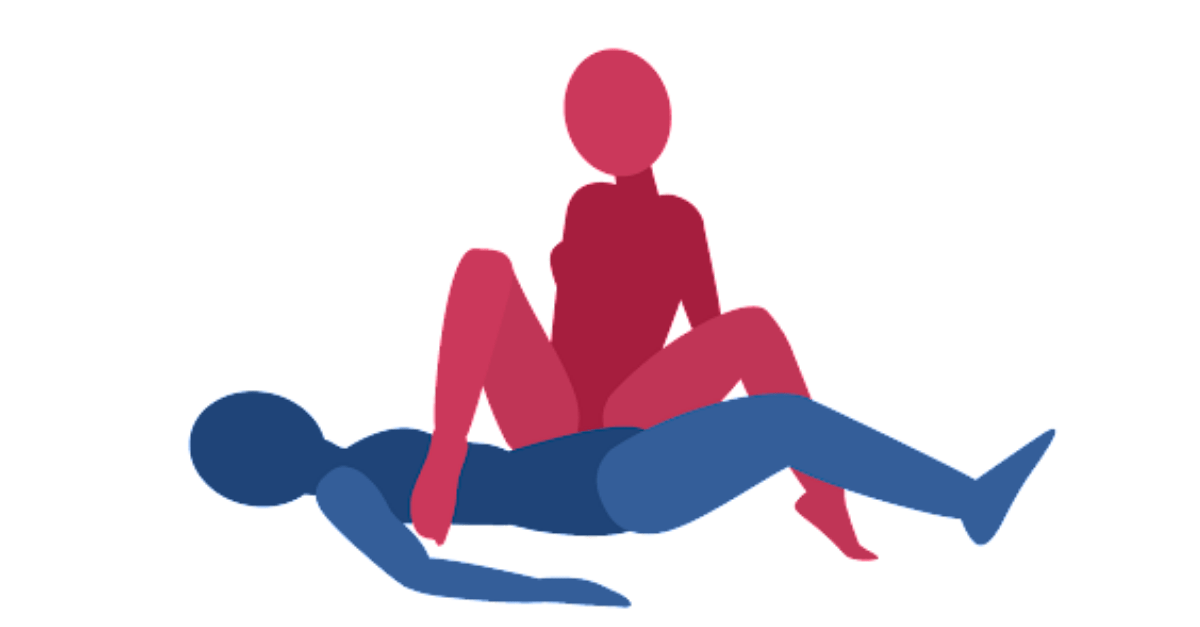 In this position, one of your legs is on the shoulder of your man lying on his back. The other leg is a position in which you open your legs wide and insert it from above so that it touches the side of the left thigh of the man. First of all, it is a position that can only be achieved by a woman who is good at opening legs. 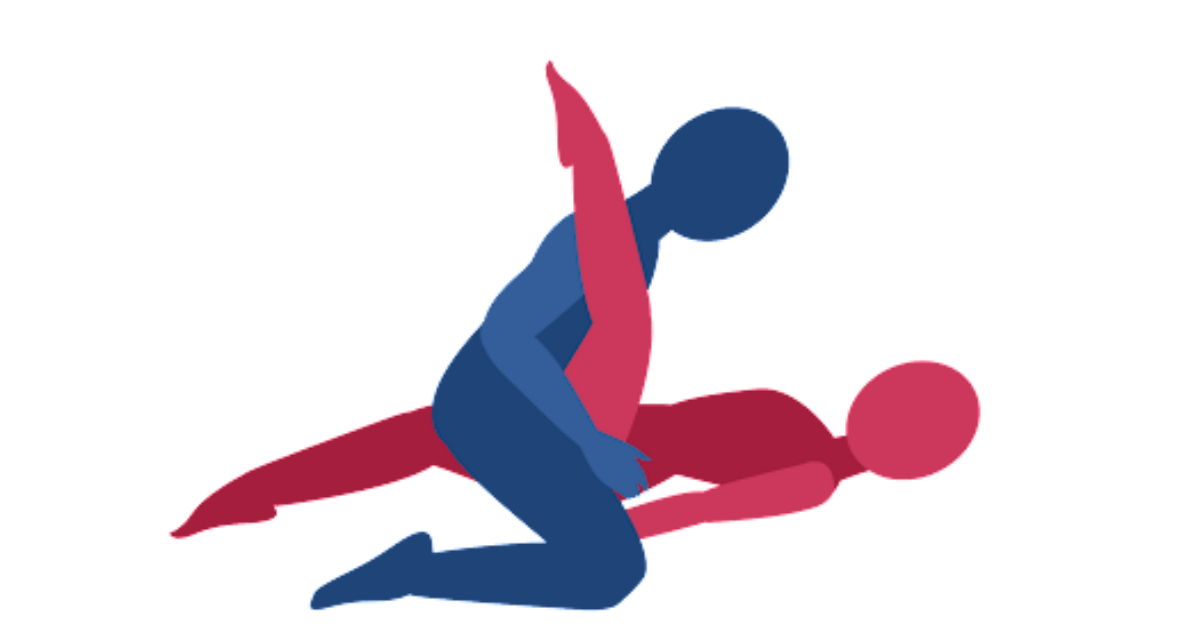 A position in which the upper leg of a woman lying sideways is raised to the shoulder of a man, and the man inserts the woman while supporting one leg while straddling the other leg. This is said to be the most recommended position for women to feel “medium” sexual pleasure because you can enjoy a deep feeling of insertion.

And there is no worry that the woman’s breasts will flow sideways like in this posture and missionary position. It is a very advantageous position that can excite men visually because it can produce physical sexiness (shaking breasts) by the piston movement of men. 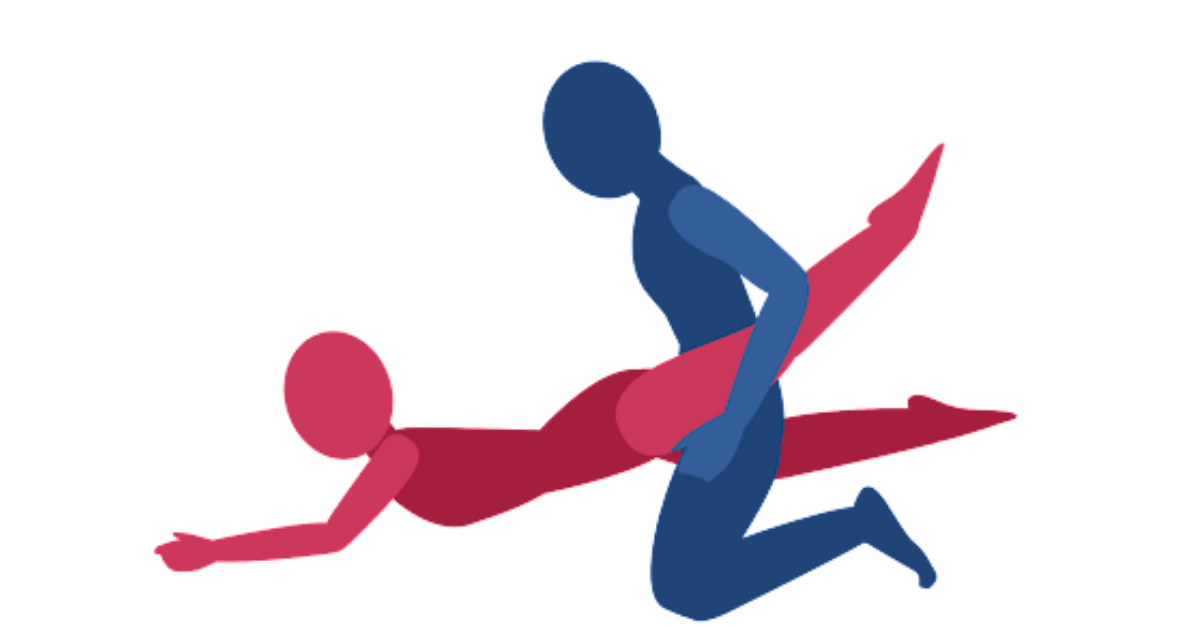 A position in which a man inserts from behind while raising one leg of a woman and supporting the leg. This is also one of the recommended positions for middle-aged people.

It is also a posture that can hurt your back unless you are a flexible woman. Men can move easily by holding one leg of the woman who is raising it, and you can enjoy the feeling of insertion.

Having sex with your partner is a great way to show your intense love and desire. To fully deepen your love and affection for each other, both of you should try to follow these positions on different days of the month or whatever you both prefer.

What is depression during pregnancy? Causes & Symptoms

Pregnancy and childbirth are major events in one's life. You may have imagined having a child in the future. When you fi...

Diapering is one of the common things that every single mothers in the world always does and it is included in the basic...

Teenage pregnancy is a prominent controversy and yet little does anyone know the truths behind it. Know the answers to its frequently asked questions!

When planning to get pregnant, do you measure your basal body temperature? Daily measurement is recommended for obste...
Are you Considering Infertility Treatment? Cost & Subsidies
How to Get Your Husband Undergo An Infertility Test!
Home
Belta Folic Acid
Shop at eBay
Copied title and URL